Heartworm disease is a potentially fatal infection caused by a parasite, a type of roundworm referred to as heartworm, that lives in the heart, lungs, and surrounding areas of affected animals.

Heartworm infections have been diagnosed in all 50 U.S. states and have been on the rise in recent years. Here’s what you need to know to keep your pet safe.

Heartworm larvae are carried by mosquitoes. When a carrier mosquito bites a dog, the larvae are passed into the dog’s bloodstream and they begin traveling through the dog’s body until they reach the blood vessels of the heart and lungs. This is where they stay until they mature into adult heartworms, up to 12 inches long. The process from bite until maturity takes about 6 months. Once the heartworms are mature, they reproduce by releasing immature heartworms into the dog’s blood, which are then passed on to mosquitoes when they bite the dog.

There are few, if any, early signs of heartworm disease in dogs, which is why annual heartworm testing through a simple blood test is vital. The earlier heartworm is diagnosed, the better a dog’s chances of a full recovery.

If your dog shows signs of heartworm disease, they might include:
· Coughing
· Exercise intolerance
· Poor body condition

By administering a heartworm preventive—we recommend Interceptor Plus—on the same day each month, you’ll help to protect your dog from contracting the disease. Dogs are at increased risk if the heartworm preventive is missed, given late, or spit out/vomited.

Heartworm can be treated, but the longer the infection goes untreated, the more dangerous it becomes. Canine heartworm survivors can have health problems and a diminished quality of life long after the heartworms are gone.

Depending on how advanced the disease is, we may recommend:
· Antibiotics, heartworm preventives, and steroids before beginning the adult worm treatment
· A 60+ day series of drug injections that will kill the adult worms
· A tapering dose of steroids following the injections
· Retesting after treatment concludes and 6 months later 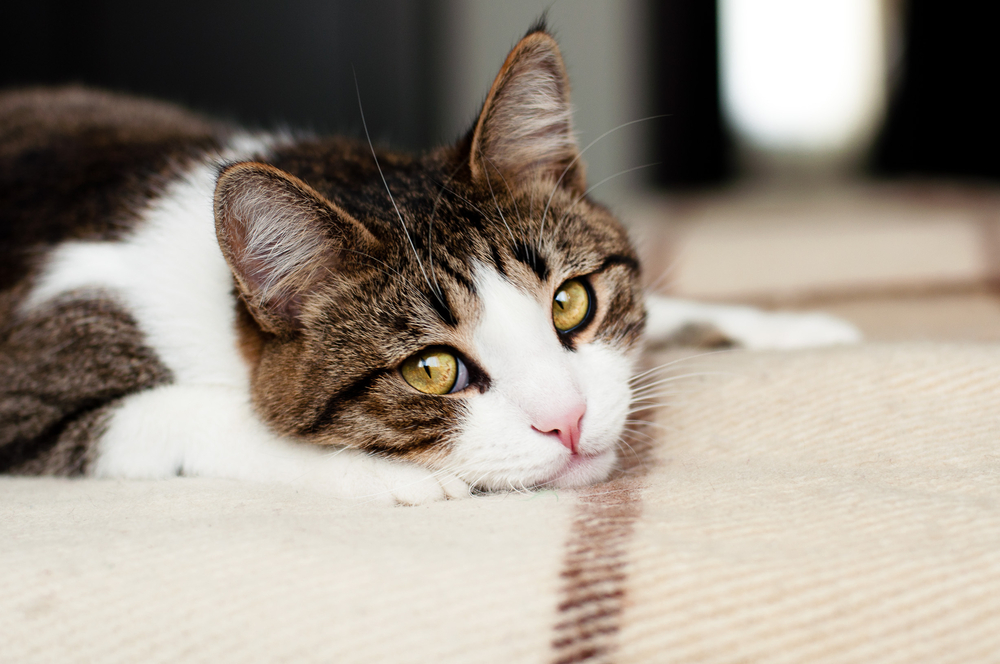 Here at LAH, we occasionally diagnose heartworm disease in cats, but the parasite affects cats differently than it does dogs. Unlike dogs, which can have 30 or more mature worms in their bodies, cats are not natural hosts for the parasite. Most heartworms won’t survive to the adult stage in cats, so infected cats will usually have zero to three adult worms inside their bodies. But, that doesn’t mean that infected cats don’t suffer from the effects of the disease. Immature worms in cats can cause heartworm associated respiratory disease (HARD).

Just like dogs, cats bitten by mosquitoes carrying heartworm larvae can be infected, although they are not as susceptible to the disease as their canine counterparts. Because mosquitoes can get into homes, both indoor and outdoor cats are at risk.

A simple blood test will determine if your cat has heartworm. Signs of the disease—if any—vary widely from cat to cat and can include:
· Coughing, wheezing, and difficulty breathing
· Vomiting and diminished appetite
· Difficulty walking
· Fainting
· Seizures
· Fluid build-up in the abdomen
· Sudden collapse
· Sudden death

Giving your cat a heartworm preventive—we recommend Revolution—on the same day each month will protect him from contracting heartworm disease.

There is no treatment for feline heartworm because the medication used to treat canine heartworm is not safe for cats. If your cat is diagnosed with heartworm, we will attempt to stabilize him and come up with a long-term plan to manage his symptoms.

Are you giving your pet a monthly heartworm preventive? Has your pet been tested for heartworm disease in the past 12 months? Call our office at 615-444-4422 if your pet is due for his annual preventive care exam and heartworm test or if you’ve noticed signs of a possible heartworm infection.