Cat Facts That Will Make You Say Me-WOW!

Cats are known for their independence and curiosity, but they are much more complex. Our Lebanon Animal Hospital is spilling the tea on fascinating felines with six interesting cat facts that will make you say, “Me-WOW!”

#1: Cats and the flehmen response

Have you been baffled by your cat’s facial expression that looks like a grimace or sneer? This odd facial expression that sometimes looks as if they are trying to taste the air is a normal reaction called the flehmen response, which many animals, including cats, goats, tigers, and horses, also exhibit. When your cat encounters a new smell, they curl their upper lip back to their teeth to sample the odor molecules trapped in the mucus lining the upper respiratory tract, to better detect the new scent. Cats use the response primarily to analyze other cats’ pheromones—especially in urine—and also to investigate other interesting scents.

On October 18, 1963, French scientists launched a small female tuxedo cat named Félicette into space from a base in the Sahara Desert. The trip was brief—only 15 minutes—and reached an altitude of about 100 miles above Earth. Fortunately, Félicette parachuted safely back to Earth.

Cats’ whiskers are extremely sensitive and much like antennae on insects, provide sensory input that helps them navigate daily life. Their whiskers are located above the eyes, on the chin, on the forelegs, near their ears, and above the upper lip, and help with the following functions:

#4: What are cat lovers called?

Want to impress your friends with your vocabulary? The next time you want to declare your love for cats, use the word “ailurophile,” which is derived from the Greek word “ailouros” (i.e., cat), and the suffix “phile,” (i.e., lover). Someone who hates cats—if that’s possible—is called an “ailurophobe.”

When your cat rubs their head against you or a household item (i.e., bunting), they are not only saying, “Hello.” Bunting can signal affection, but can have other motives depending on the context, such as: 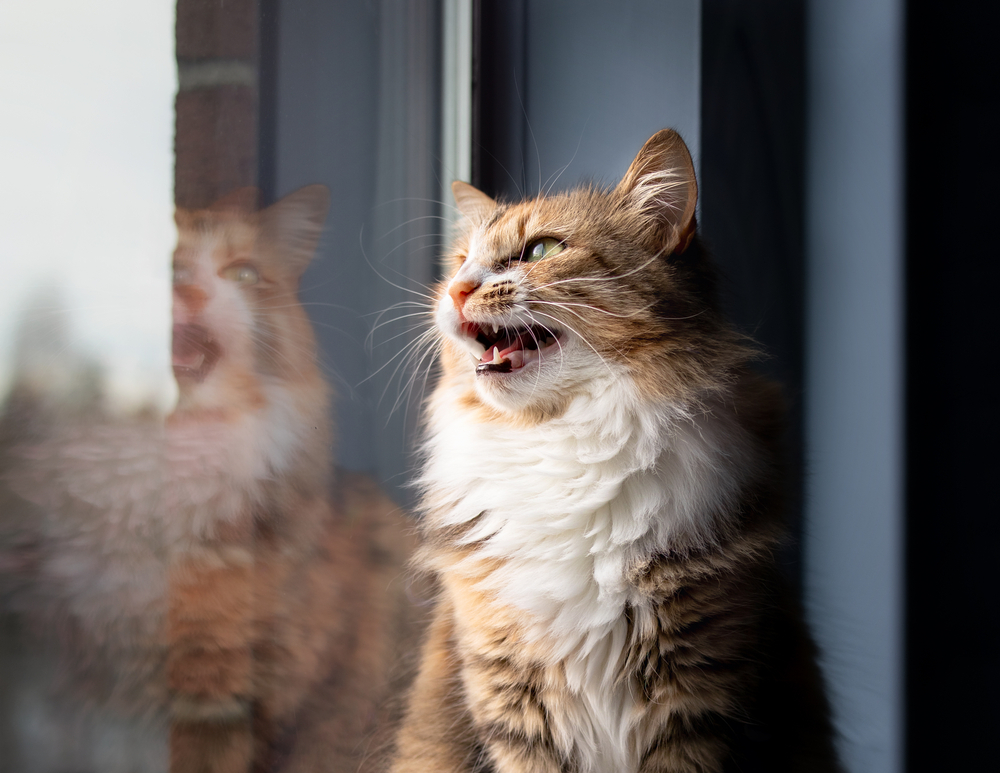 You have probably seen your cat staring out the window open-mouthed and making a strange chattering sound. This rapid jaw movement is instinctual and signals excitement, primarily when your cat observes prey, similar to people who see food in a restaurant.

Now that you realize that your cat is more clever than you knew, you no doubt have extra appreciation for your special pet. Show that appreciation by contacting Lebanon Animal Hospital and scheduling their wellness examination.